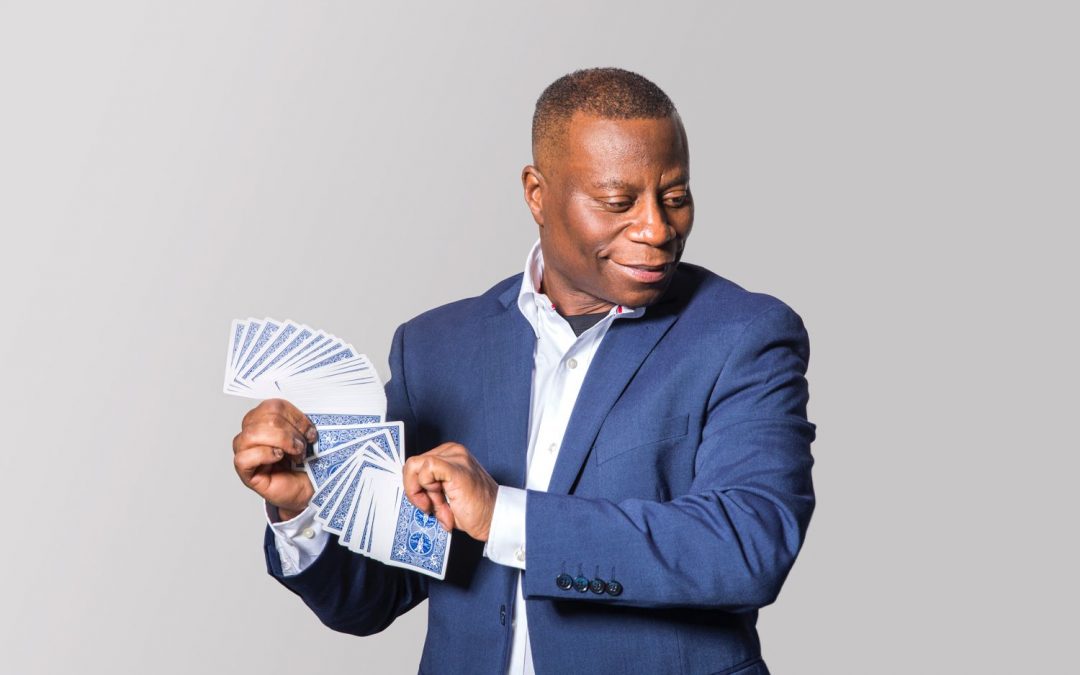 I believe my gifts were given to me in order to make a difference in the lives of others. Countless times I’ve shared magic with people and seeing their heart felt smiles and laughs is something you never forget. Of course Vancouver, Seattle, Portland and Lake Oswego and Salem will always be places I enjoyed sharing my gifts however, my goals for the next few years is to return to a few places that I’ve perform at in the see some of the things that made me fall in love with the magic and their city.

Atlanta was the first place I actually performed at a Trade show. Trade shows were somewhat new to me and I remembered how excited I was to actually become a small part of a large company. I remember being tired at the end of the day but the adrenaline was flowing and I wanted to promote the company as much as I possibly could.

I lived in San Antonio, Texas for about 10 years. The San Antonio River walk is where I perfected a few tricks which I still use in my performance today.  I remember seeing the boat parade during Christmas and I was always in awe of the beauty. Even when we moved to Dallas, Texas we would drive through Austin, Texas and  I always considered advertising my business in Austin.

Performing for the Space Center Houston was an honor. The size and the magnitude of the space ships were amazing. I remembered getting lost in Houston, Texas because of the traffic was horrible however, once I got my bearings and arrived at the venue I was relaxed and ready to perform.

I’ve never performed in Colorado however, I remembered living in Colorado as a child. Fishing with my father is something that has always provided me with fond memories. I had an opportunity to visit Estes, Colorado and I was amaze at the beautiful mountains. Waking up one morning in our room, we had a mother moose and her 2 children outside our window. Needless to say, I stayed in my room and they stayed outside.

While serving in the military, I was honored to be stationed in Dallas Texas. I enjoyed visiting, Ft. Worth, Texas, Irving, Texas, Grapevine, Texas and many other surroundings cities in Texas. I think I performed more for the Soldiers than I was able to perform for companies. I think that was a growing period in my life which I am thankful for. I was actually deployed to Kuwait with my unit out of Dallas, Texas in 2008. Being deployed was scary but I think performing for my fellow Soldiers actually provided an escape from reality at times. I enjoyed traveling to Iraq and performing for the Soldiers there as well.

I’ve never been to Scottsdale however, this is a place where many of my friends recommend. It seems like every other person I meet tells me something new about Scottsdale and I’ve been having desire to visit this location this year.

I remember attending Dermatology School at the Navel Academy, in beautiful San Diego California and on the weekends I would go to Balboa Park and watch a Street Magician named Kennith Lightfoot from  7am until 5pm every Saturday and Sunday for about 3 months. Kennith never would teach me anything but indirectly, I learned more just by watching him and the reaction of his audience. I learned valuable techniques such as the art of pick-pocketing, learned how to work my audience and how to make everyone feel special. I learned how to select the perfect volunteer for a trick. To this day, I’m grateful to Kennith for amazing talents and putting me on a path to becoming a better Magician, entertainer and a comedian.

I also would enjoy the opportunity to connect with other cities such as Chicago, Illinois, Boston, Massachusetts, Anaheim, California, Tampa, Florida, Baltimore, Maryland, Rosemont, Illinois and St. Louis, Missouri just to name a few.